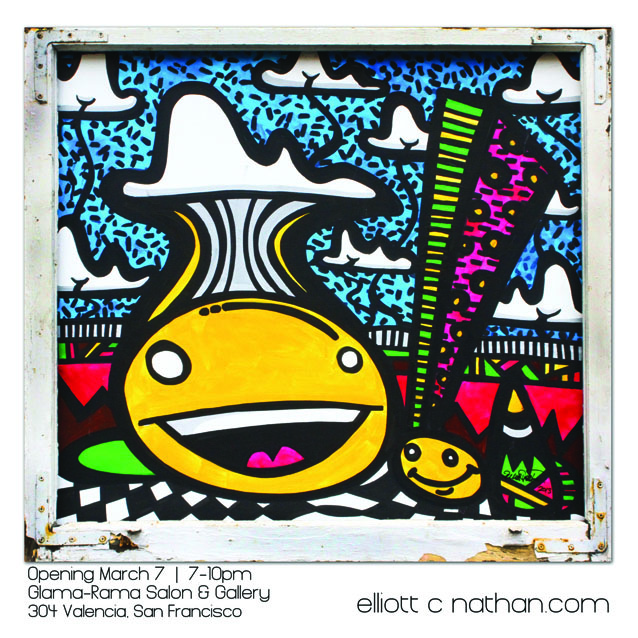 The opening reception will be held on Friday, March 7th, 7-10pm. Beverages & snacks will be provided. This is a free event.

Hailing from rural Connecticut, Nathan has been living and working in San Francisco for three years. In that short time he has had over 30 public showings, including four gallery shows and three art auctions. Nathan’s creations come in many forms: street art, paintings, sculptures,books, graphics, murals, and his mini-skateboard company, SunkenMonkey.com.
His inspiration draws from the Pop and Surrealist works of Salvador Dali, Pablo Picasso, Andy Warhol, and street artists like Keith Haring and Banksy. As a 10 year oldchild, Nathan’s parents let him choose the art that would hang in his room. He selected a wall-sized print of Picasso’s Guernica to hang over his bed, from which he practiced drawing Picasso-esque faces.
His work has also been featured in a number of blogs and newspapers, including MissionMission, SF Gate, Mission Local, The Uptown Almanac, and The Examiner. As told by StreetArtSF.com in a recent interview, “Elliott C. Nathan creates playful pop culture style street art. Its fun, silly, upbeat, sometimes irreverent nature is like walking into the definition of cool.”