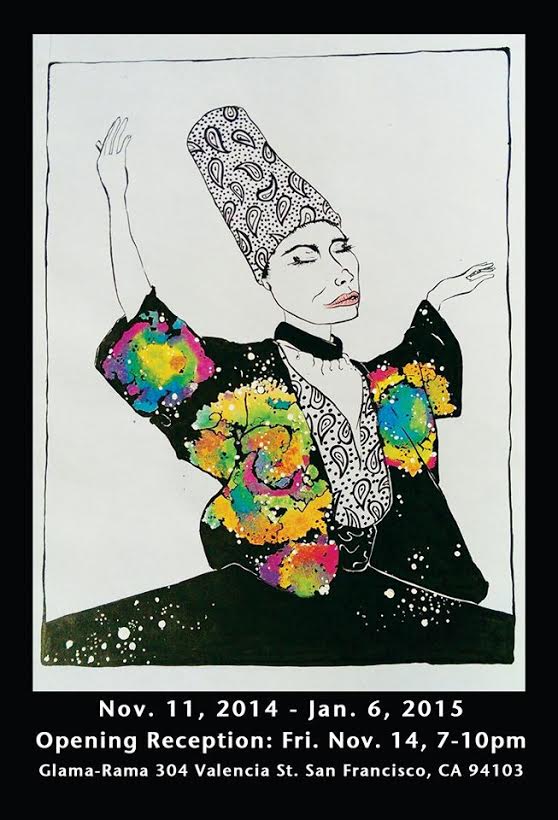 We’re very excited to welcome to our walls, EDEN HUTCHINSON and his new show, “HARD WORKING: Bitter Waitresses, Hair-Brained Hairdressers & Whirling Dervishes”. His work centers on gender roles and classicism infused with a sense of humor done in brush and ink with watercolor.

The opening reception on Fri. Nov. 14, from 7-10pm will feature light snacks, beverages and fab art! This is a FREE event.

Having drawn since the age of four, Hutchinson was strongly influenced by caricaturist, Al Hirschfield, grandfather of pop art, Richard Lindner, and designer and illustrator, Erte. After majoring in printmaking at the Maryland Institute College of Art, he moved to San Francisco to pursue a childhood dream of being a beautiful, Candy Darling-esque drag queen. After 12 years, he decided to try something new and relocated to Big Sur to work as a baker and escape the insanity and soullessness of modern tech culture. This environment has already been a boon to his creativity as the upcoming collection of work will show.